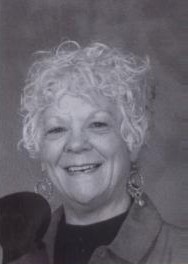 In April, 2006 I was diagnosed with Stage 4 lung cancer. The surgeon told my family that there were zillions of tiny cancer cells in and around my right lung. He removed a mass and a portion of my lung. The doctor told my family, to pray for a miracle because he could not remove all the cancer cells. After surgery, I underwent 3 months of Chemo and a few months later I had 32 treatments of radiation. My cousin called me in July and explained to me Gerald White’s Guided Imagery program. My first question to her “is he a Christian” the reply was “yes” and I said I would try G. I.

I received his CD and immediately began listening to it two to three times a day. After a while, I was feeling so well that I didn’t listen to it as often as I had been. In the spring of 2008 my doctor put me on a daily dosage of Tarceva. After a year later he changed the dosage to every other day. Five years later in August of 2011 the PET scan showed a new ‘hot spot’ in the same area as before. My doctor has told me that surgery is not an option because of so many tiny cancer cells.

I am now listening to Jerry’s new CD two or three times daily. My motto is in Jerry’s CD, repetition, repetition, repetition! My dr told me that I have a fast growing type of cancer, but for some reason it isn’t growing fast in me. I told my doctor that between GOD and Guided Imagery I feel that I am winning this battle ! GOD has His hand on my shoulder, and has opened up a pathway for Guided Imagery to come into my life.

Do yourself and your family a favor and listen to Guided Imagery! What do you have to gain YOUR LIFE