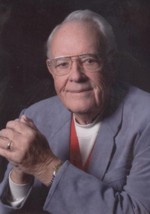 Author of the book

Back in 1993, Jerry White was presented with a record 20 pound Kidney Cancer. A second surgery was necessary for an unexpected recurrence. Then came the usual mets to other organs. Eight solid months of IL-2 therapy saw only tumor growth and no shrinkage. With little or no encouragement forthcoming from the doctors, Jerry decided to take personal charge of his healing program and seek new ways to engage his immune system in the battle to defeat his cancer. Being the engineer/inventor that he is, he decided to do his own research to find new ways to awaken the good cells of his lazy immune system and send them charging into the fight.

Steps to Healing
He concluded that to win this fight he must utilize support from every healing angle possible. He utilized the love and support of his family. He developed a highly focused program of Guided Imagery specific to his cancer. He sought and found spiritual meaning to his life from God and close friends. Pursuing the best available medical technology he consulted one of the top Kidney Cancer specialists. Becoming proactive at the national level, he served a three-year term on the Kidney Cancer Association Board. After this, he developed a patient mentoring program for the University of Chicago and directed that for about two years. Jerry’s life was spared and he is now unselfishly sharing with the entire world his story as told in his book, “Three Months to Life”.

The Book
This book chronicles his story and the positive methodology he used to conquer his cancer. The guided imagery exercise in the book have been produced in CD format for national and international distribution. MAARS is an acronym for Mind Activated Antigen Recognition System. It presents a direct neural approach to enable the agents of the human immune system to recognize the antigen (antibody generator) that is expressed on the surface of cancer cells and thus destroy them.

The Next Step
His more recent book, LITTLE BOY AND CURLY TOP AND THE BITING BURS, tells an exciting journey through the wonderland of the imagination where 2 small children make a real adventure out of tracking down and destroying the mean old “Grems” that have come uninvited into LITTLE BOY’s sweet little body. The beautiful, full color illustrations carry the story along lines that lay the ground work for using a companion CD of guided imagery that can be used while the child is asleep as the subconscious mind, which never sleeps, hears every word. The book was designed with the whimsical characters of Winnie the Pooh in mind. As a father and grandfather, White was very mindful of the sensitivity of a young child. The book is crafted so that the journey through a beautiful land, is exciting but completely safe. The reader or listener, in the case of youngsters who cannot yet read, will, in effect, be practicing Guided Imagery without even realizing he/she is doing it. The word cancer is never used – the bad guys being those mean old” Grems” (derived from germs) who end up getting destroyed at the end. This book and CD should logically apply to most other childhood illnesses since the defensive mechanisms of the immune system are essentially the same.

The Basic Tenets
The MAARS program offers an affordable healing program for patients of all ages. It is expressed in a balanced system of HOPE, FAITH, LOVE, GUIDED IMAGERY and must be combined with the BEST MEDICAL TECHNOLOGY AVAILABLE. The MAARS healing program seminars have been presented in various cities. Success will be achieved when cancer comes to be viewed by the public as a “manageable affliction”. Jerry, a fighter in the tradition of his native Texans, recently said that, “When cancer patients take charge of their lives, and use the proven MAARS healing program techniques, they will send the insidious cancer cell back to hell from whence it came.”