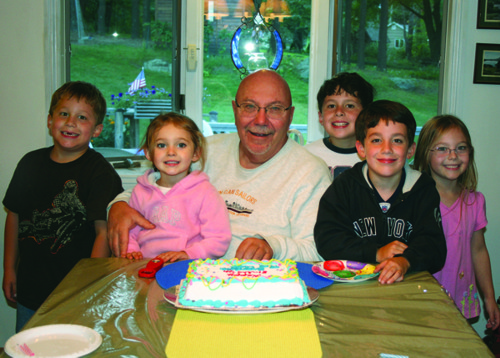 I was diagnosed with advanced kidney cancer in May, 1996. As you probably have experienced, it came as a shock out of left field. Once I got over the news, depression started setting in. Then, I laid out in my mind a battle plan. First, I wanted to find the best doctors. In my case, I ‘left’ a few doctors by the ‘wayside’ because I didn’t feel that they were working in my best interests (you hire them and you can fire them). Spirituality also figured into my plan, since I was going into battle, the battle for my life, I took myself to my local priest and asked for ‘general absolution’ which is usually given by Chaplin’s before going into battle. My priest thought this was a unusual request, I explained the reason and was given my request on the spot.

My plan was coming together. Next was to unlock my sub-conscious – this I accomplished by ‘mending fences’, I went next door and talked to a neighbor that I hadn’t talked to in 20 years, then I talked to my dad, with whom I had some difficulty – all of this cleared my mind for the pending battle, no negative thoughts would occupy my mind – mentally I was ready for what was going to be thrown at me. Now I was ready for what was going to happen – I started the medical procedure of IL2 + IFN in July 1996, which lasted a total of 13 weeks over 16 weeks. What I learned once I started treatment (which can be rough), I needed to focus on getting myself well. Since I injected at about noon every day, I would put some easy listening music (mostly Enya) on the CD player, started the player and visualized myself riding my motorcycle out west or doing a trip with the wife. I felt that my mind separated from my body during this period of time – I had a closer relationship with my maker when I prayed and felt I had found out the name of my guardian angel (Nick). While I did my best to work 4 hours a day during this time, it was important to me that I keep peace within myself – I did.

My oncologist examined me after 4 weeks and I told him that I felt a burning sensation in both my lungs and my back. My doctor told me that it was great that I was visualizing, but looking back, I feel it was when everything came together to destroy the lesions in my lungs and the tumor on the kidney. When I went into surgery in December, the doctor at Columbia-Presbyterian told me that it would be very aggressive surgery – lung re-section and radical nephrectomy done at the same time and six weeks later, my other lung would be re-sectioned. What happened next is about as good as you can get – once the doctor got the pathology report he didn’t believe it, so he had it re-done, the lung tumors and kidney tumor all proved to be ‘necrotic’, the medical term for ‘dead tissue’. I look back now, and feel it was my mind working with the drugs that made me feel the burning sensation and that the killer cells were attacking the tumors. There’s nothing that can convince me otherwise.

The bottom line, I feel it is not all medical, the mind, the body and good medicine need to come together to get a individual well. Crazy? NO! I think more medical people are coming around to feel the same way I do.

I first met Jerry and his wife Patsy at the KCA conference in Seattle in 1997. Jerry was the first person outside of my family that I had shared my experience with. During our discussion we found that we did a lot of the same things to aid the medical profession in getting us well, and spirituality played a big factor.

Payback to me is getting involved with the church to which I belong. I do most of the cooking at the church picnics, have become a Eucharistic minister, collect food for the Food Bank and I still get to ride now that I’m retired.