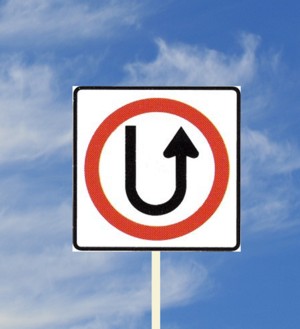 Over the last 15 years, some of the success stories we have achieved using Guided Imagery for helping cancer patients have been little short of remarkable. While this program is designed to complement the best in modern medicine, many of the most dramatic stories have dealt with recovery after treatments had failed and the patient literally sent home to die. As might be expected, such an occurrence can often have a profound effect on those who witness it. There have been many times when concerned friends or relatives would ask me for help with another and totally different disease about which I knew nothing. For that reason, I always found some diplomatic way out of such involvement as I felt that my background in cancer, successful as it has been, did not in itself qualify me to venture off into a new field, perhaps when there was a chance that my efforts might only lead to disappointment. I was conversing one day with a relative of one of my fellow “miracle” cancer survivors when he asked me for help in such a serious and determined way that I could not turn him down. He told me that was himself a recovered drug and alcohol addict and was more than a little curious to know if there was an opportunity to use Guided Imagery to deal with this problem. He then asked me: “How much did you know about cancer when you found out you had it?. That shot hit home because the answer was absolutely nothing. In fact, I am the guy who has written so often that cancer comes with a corollary and even deadlier disease, being that of ignorance. We treat the ignorance so that we can better treat the cancer!!

Strange, indeed, that it took someone else to point out to me some possible similarities that should have been immediately obvious to me. The theoretical basis for this interest does seem to come with logic. It is not at all unusual for scientific thought to take some strange and unusual paths toward achieving a particular goal. Often, the goal develops as a work in progress, not necessarily seen with any degree of clarity at the outset. It has been said that all of science can be summarized in three words. These words are simply “observing and inferring”. A perfect example of this in the advancement of medicine came about when Edward Jenner in the 1700s observed that milkmaids did not seen to get smallpox like the rest of those in the community. It no doubt took a period of contemplation to arrive at the observation that infection with the mild disease cow pox provided natural immunity to the more dreaded smallpox. From this simple observation came the eradication of smallpox from the face of the earth. Few people are aware that Jenner’s work was driven by a simple admonition that he received from a mentor; “Don’t think –TRY!” The point I wish to make with this little bit of medical history is that though an idea might seem childishly simple or unrelated to the subject at hand, that is not, by itself, sufficient grounds to condemn it. This is especially true when that simple notion might be easily verified at little cost and with no particular downside risk. There are times when we should not let thinking prevent us from trying! There is no worthwhile, breakthrough idea that the naysayers cannot stop if we allow them to do so. History is replete with stories of how original ideas and new approaches have been opposed from the beginning by those currently dominate in the field, many of whom will condemn without even reading or discussing the new idea. We decided not to let this type of thinking stop us.
In preparing the Guided Imagery work for cancer, I had the “advantage” of having experienced it at its worst to the point of near death. I am thankful that I have never had the harsh “experience” of addiction.

Therefore, in preparing this work I had to rely on impressions gained from interviews as well as a crash course in the mechanisms of addiction. Here the objective was to find activity at the cellular level that could be recognized and utilized by imagery to achieve results similar to those obtained in the cancer work. It now appears that there is a distinct similarity when one views the problem in terms of what happens at the cellular level.

When Candace Pert published “Molecules of Emotion” in 1997 she opened the door to a brand new way of looking at the human neural system. Her discovery of the peptide receptor is a key to understanding the very mechanism by which addictive substances can gain control of the human body. The hapless victim, unaware of this activity at the cellular level, which can only be viewed by an electron microscope, has no idea of what is wrong – other than the terrible pains induced by cravings. Once we understand something of the nature of this all too real anguish, the road out may start to come into view. There are two kinds of pain; anguish – the pain we feel, and anxiety – the pain we fear. Both are deadly and each can aid the other to the detriment of the sufferer. Another recent book that should be read by anyone interested in pursuing the mind/body approach is “The Relaxation Revolution” by Drs. Benson and Proctor of Harvard. This mental preparation is necessary to developing a logical basis for the expectation of recovery. This book appears to agree with something that I have observed with the many cancer patients who have won and that is the value of expecting a good outcome. The imagery exercise will involve the patient in some of the better aspects of mind/body medicine. Some of these will be relaxation enhanced by soothing music. Soothing music heals! Others are images that prompt the mind to return to life in a time before the addiction started in order that a firm memory of what it was like to be free. Dr. Benson has referred to as “remembered wellness” and it is a powerful healing mechanism. Somewhere along the way, the subconscious mind has been tricked and lost sight of the goal of a healthy body free of addiction. One beneficial result has already been reported and that is a good nights sleep. Ideally, the player should start when the patient lies down to sleep and then goes to sleep so that the imagery can work with the subconscious mind, which never sleeps. A job one can do best while sleeping – what a deal!

Once the addict sees the possibility of a victory by this new and very different approach, it is still necessary to deal with the question of, “Yes, but how?”. To this end we have prepared a CD of guided imagery that is directed specifically at addiction. It has been reviewed by several addicts. By using state of the art sound technology it has been embedded with the Alpha Wave frequency of the subconscious mind. The healing imagery will now be transmitted in perfect tuning resonance with the subconscious mind.

This is an exciting picture when viewed against the backdrop of the success that has been achieved with this exact same technique with many cancer patients, some of whose stories can be read on this webpage. The same skeptics who will no doubt criticize this approach to addiction were also heard when we were first trying it for cancer. Had I listened to these apostles of “false hope”, I would not be writing this article as I would have died back in 1996.

I urge all visitors to this page to view with interest, the DVD that was produced by Bob Richards. One of many terrific points Bob makes in this dynamic presentation has to do with humans being goal setting creatures. He points out correctly that; “The body becomes the goal!. The most encouraging thing that I noted back in the early days of my cancer fight was that there has never been a form of cancer that did not have at least a few survivors who simply went into remission. Expanding on this gave credibility to the idea that remission is possible and, with a bit of insight, can be induced to occur. There is no reason to believe that the same is not true for addiction as there are many, many people who have managed to kick the habit. If one can manage recovery, then a dozen can and if a dozen can, then a multitude can. This is both encouraging and challenging.

Please understand that I have nothing but admiration for that great humanitarian, Bill Walton and the wonderful work of love and hope that AA has brought to benefit alcoholics. This program of Guided Imagery is definitely NOT offered as an alternative, quite the opposite, it is hoped that this can be another weapon to make the AA program and others work even better and reach out to all sorts of addictions that have so much in common. When one good thing can help another, this is COMPLEMENTARY medicine at its best.

There is a Booklet and CD combo available on the Order Page on this website. The book gives the “why” and the CD is the “how” for using Guided Imagery to help the addict on the healing journey to recovery. You will find it patient friendly, non invasive, self scheduled, self administered in the privacy of your home and nobody will ever send you a bill for the treatment program. In our introduction to a new cancer patient we ask, “What do you have to lose except the cancer?’. There is every indication that the same may be apropos for addiction. I urge anyone currently in the struggle with addiction to join us in this pioneering journey of exploration into an exciting new world of healing possibilities. Others have done it and so can you. It IS possible, you CAN beat addiction!!!